The Medicinal Trail and Farm

One of the activities that we did during our stay at Refugio Amazonas is the medicinal trail and then across the lake to tour a farm. 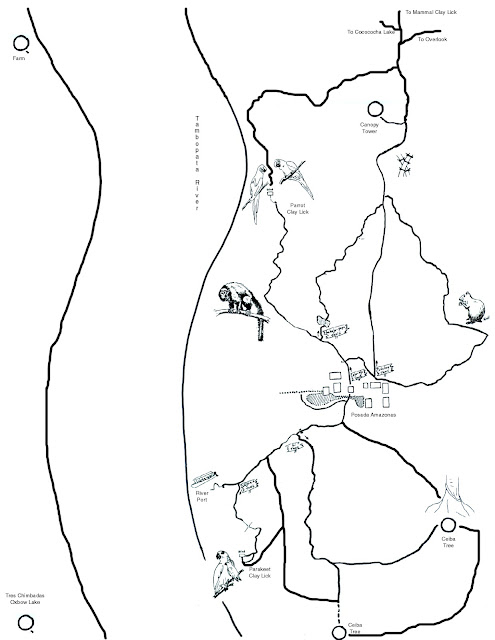 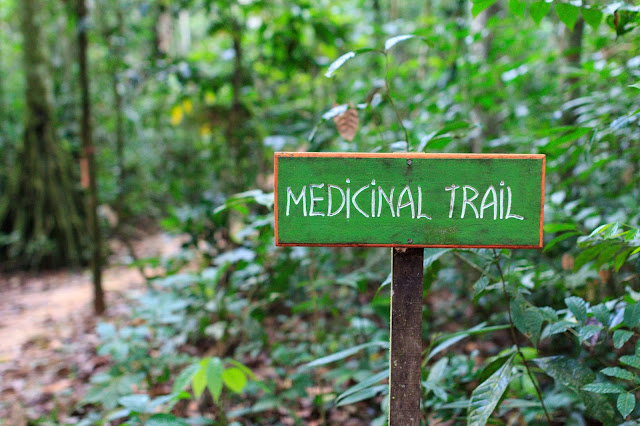 Usually a shaman gives the tour of the medicinal trail but he was on a house call in another area.  Our guide, Jose Luis, was very knowledgable of the plants, their uses and what they cured and had considered becoming a shaman but  that would require living off the land, deep in the forest and not talking to anyone for 2 years.  We nibbled on a leaf that was used as Novocain for dental work, we drank cats claw which does miraculous things probably due to the alcoholic content and making the person relaxed and happy.

After the trail we took the boat across to the other side to the farm.  On the farm the gentleman raised many fruits to sell at the market. The farm grew a large variety of items including star fruit, papaya, sugar cane, banana's and fruits I had never heard of, like breadfruit.

The tour was very interesting and we weren't asked for to tip the farm owner for the tour (which I kind of expected).  I'm sure he is paid by the tour group or receives a monthly stipend from the lodge for allowing groups to tromp through his farm.  Instead of payment we gave him a round of applause for a thank you.

Posted by Christina at 1:12 PM